The class of students were tasked with writing a persuasive essay that tied or related to sequential arts. Sparked from a panel from an old X-Men comic book, the topic of this essay was originally going to look at how racism is represented in comic books. This, however, was a topic the writer was not enthusiastic to write about, nor a point they felt they needed to prove.  Instead, combined with the announcement of the new Spider-Man movie release date and title which, will see Peter Parker once again head back to high school. The writer decided to look not only at the difficulties of creating comic book characters in other mediums but their own personal wishes and roadblocks for them in the future.  The paper seeks to highlight and prove that changing a real person or a religious character is a lot easier and welcomed than attempting any changes with a fictional character. 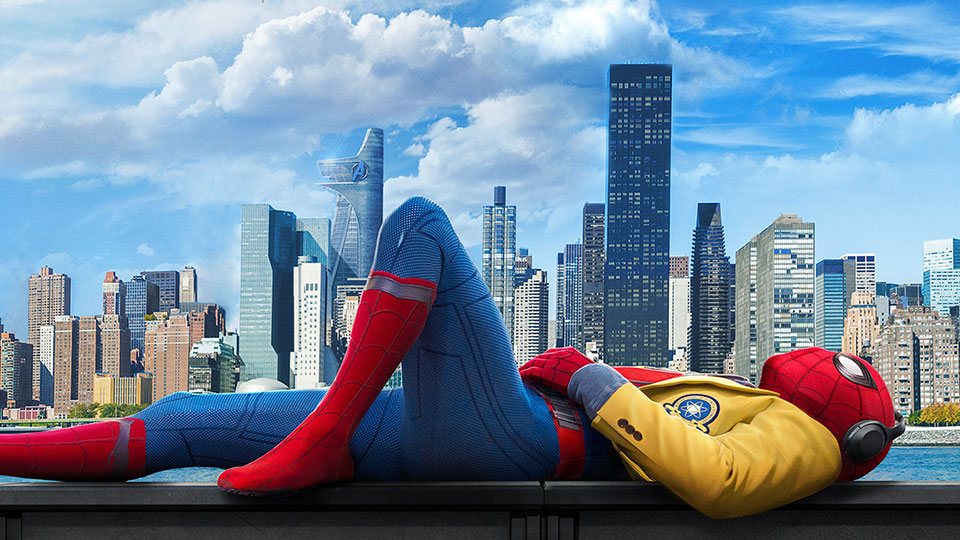 Spider-man: Homecoming was recently announced1, which will see Peter Parker return not only to a younger age but being back at high school as well. While on one hand, I am excited to see a new Spider-man movie, on the other I worry about the comments by the creators that Peter Parker will “always” be Spider-man on film2. I started to think about what this means, as a dream of mine is to create or at least see Miles Morales on film. One could wonder if they would have an easier time making a movie about “Black” Jesus than they would “Black” Spider-man. Casting decisions on fictional characters seem to divide the populace on the same level as the racial issues themselves. Even more so, than it seems to divide us on race with real characters. This is not to say that race is the only issue, as there was just as much uproar when they announced they were turning Ender’s Game into a movie.

Race and comic books, though, have a long history together, and that history is not without its own issues and conflicts. What is interesting to note is that most comic book characters were created in response to race relation issues. One would be hard-pressed to pick a comic book character that is not defined by issues stemming from these or that the issues and storylines they present to the reader. Comic books have become a new form of mythological tales, fables or even a form of religion. So while the intent is to teach a form of morals, often the diversity in the characters show or the idea of representation usually becomes an issue. 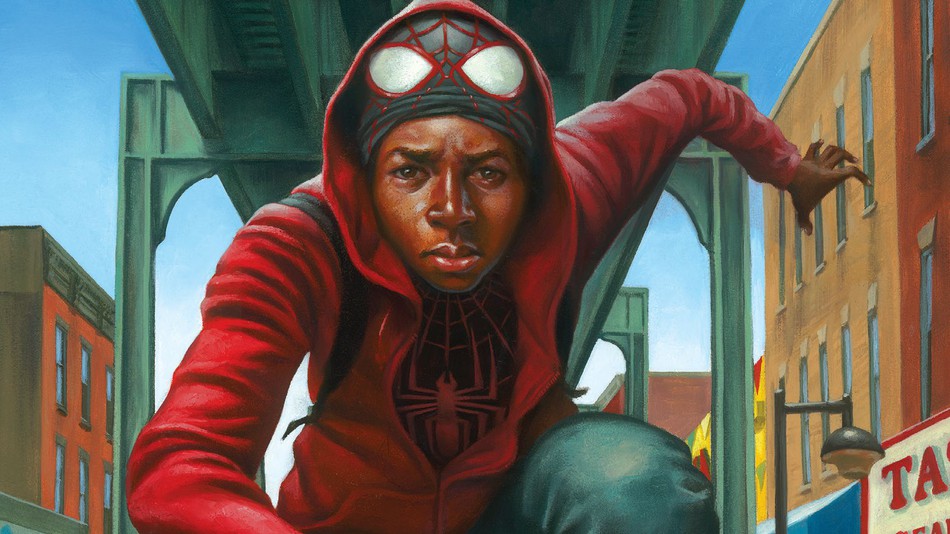 While I was learning from these morals at an early age, I also noticed during this time that many of the heroes I looked up too, super or not, did not really look or feel connected to me. While more modern comic books have found various ways to better represent the world they occupy, one could still argue that they still represent an “old” world or way of thinking. While we currently have a “black” Captain America and a female Thor, they have merely assumed roles or mantles from their previous owners, and in turn, they have given up their former identity.

Minority characters have improved their presences but many characters exist today or were created using their minority as a basis for their character. While this can lead to more authentic characters or people, when it comes to their abilities, names, or outfits, we often see this still used. This often separates them from the “mainstream” heroes in the mind of the society and fans, whereas an example, the Flash’s race does not play a part in his character or powers, which not only allows for more creative freedom for the writers but also allows more readers to connect with them.  Maybe it is because of this, that mainstream characters when brought to TV and Film that people are so resistant to change. 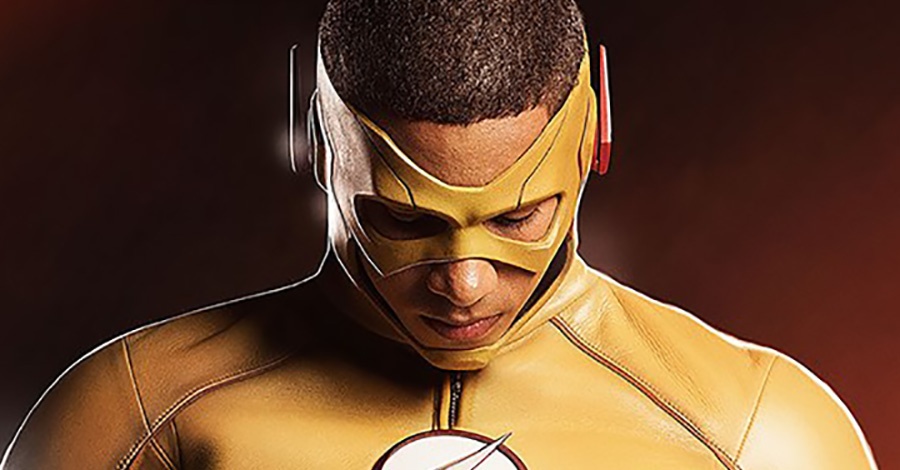 Religion is not far off from this resistance but based on previous creations from media or Hollywood, creators are allowed more creative freedom without prejudice.  Though there may be critics, the fact the production moves forward and people end up judging the final product speaks volumes. From Noah, Moses, to the Gods of Egypt, creators have shown their willingness to alter the source material to achieve their vision or message3. Darren Aronofsky’s Noah use of science and altering of the “source” material was criticised by religious groups. How do we balance the needs of the artistic creator and the needs to respect various religions “creators”4? One could argue that the message itself is more important than the visuals but then one would have to ask why that does not apply to fictional characters? Why do we find it believable that multiple “White” males can play the same character like James Bond5, Superman or Batman, but reject the idea that they could be played by a minority or someone of the opposite sex?

Considering that body image and representation is such a “hot topic” for the media, what does it say about us that we judge fictional character equally if not more than we do real people? Look at the casting decision for almost any popular role and you will see the comments divide the opinions and views of others. If the public has these reactions, is it too much of a stretch to think casting directors are going through the same thing? One could wonder if they are making decisions based on public opinion or the desire to avoid it. While basing casting direction and decisions based purely on looks can lead to arguably great results like Professor X, they can also lead to actors could be perfect for the role but are passed over because they don’t “look” the part. This creates a system where minorities are against roles specifically not created for them but also have to go against the almost standard practice of “Whitewashing” in Hollywood6.

No one except the artist would know what their true vision of the end project is, and that vision should never be compromised, but the artist, director, and the producer should question their own motives. If all art was altered before it during creation based on public opinion, what kind of world would that be? The world we have today though flawed would almost be an alternate Good-Side Earth compared to the world created from the suppression of artistic vision. Why are film and television not allowed the same freedom as comic books? While comics are not free of their own issues and they have come a long way, but it is generally accepted that different writers or artists can work and have different interpretations of the characters they work on.  Some of the most popular characters we have today are only popular now because someone was free to alter the character for the betterment of the story. We have already seen countless people create or star in Spider-Man, Batman, and Superman movies and we as viewers suspend a certain amount of belief before watching them. Can we not extend that belief that in the same way comic book readers do to alternate stories? Without that freedom, we would not have many of the Batman stories that the films and popular video games are heavily based on. How would have The Dark Knight turned out if the producers had tried to calm fan reaction to the Joker casting of Heath Ledger7?

The good news is that tools found online can be used to leverage the ability to create your visions even if you can’t get mainstream backing. This could be the method needed to change the course of the film and television industry and bring them into the same times as the world they live in and not the worlds they want to portray. Comic books should not just be the visual basis for ideas, use the advancements in creating these strong characters. Look at the message or morals the comic book aims to teach, and question the decisions you are making and if they help or hinder your creative vision. A lot of power is in the hands of art creators and they should not take it lightly. “With great power comes great responsibility.” That responsibility falls on the creators and not the viewers, as they already have the freedom to judge after the fact. Maybe by the time I’m in a position to pitch my dream film the culture of Hollywood will have changed, and audiences would be more open to various storylines with their favourite “characters”. But maybe then again it may be easier just to pitch something based on religious text and stories more so than it would be for a comic book character. 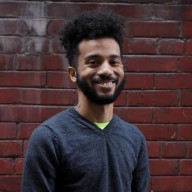